© 2021 jwmonet, all rights reserved The opinions, views, and beliefs expressed here are my own and do not reflect those of my employer or anyone else
Built with Hugo ❤️ hyde-hyde.

Nota bene: this post was mostly written starting on the 19th.

Hey hey people, Chef here. It’s been about eight days since my last post, but I’m still alive somehow, so here’s what I’ve been up to.

The opening video is a gruesome scene of Keiichi being slain by an unknown assailant, presumably Rena. Keiichi notes that he although he trusted her (perhaps despite his better judgement) maybe he only trusted her because there was some part of him that wanted to believe in others.

I’ve been doing a piss poor job of taking notes because of being interrupted by work/life, and intermittently coming back to the novel. However so far I’ve made it to the end of Ch. 6 and these are my thoughts so far:

Despite taking a lot of screenshots and talking a lot about the novel on Matrix, I didn’t actually write down many of my thoughts or take many notes. I’ll do a better job of that in the future. Been holding off on chapter 7 for that very purpose.

Well, I’ve actually been doing a tiny bit of sketching in the past while, I should probably do more given the opportunity. 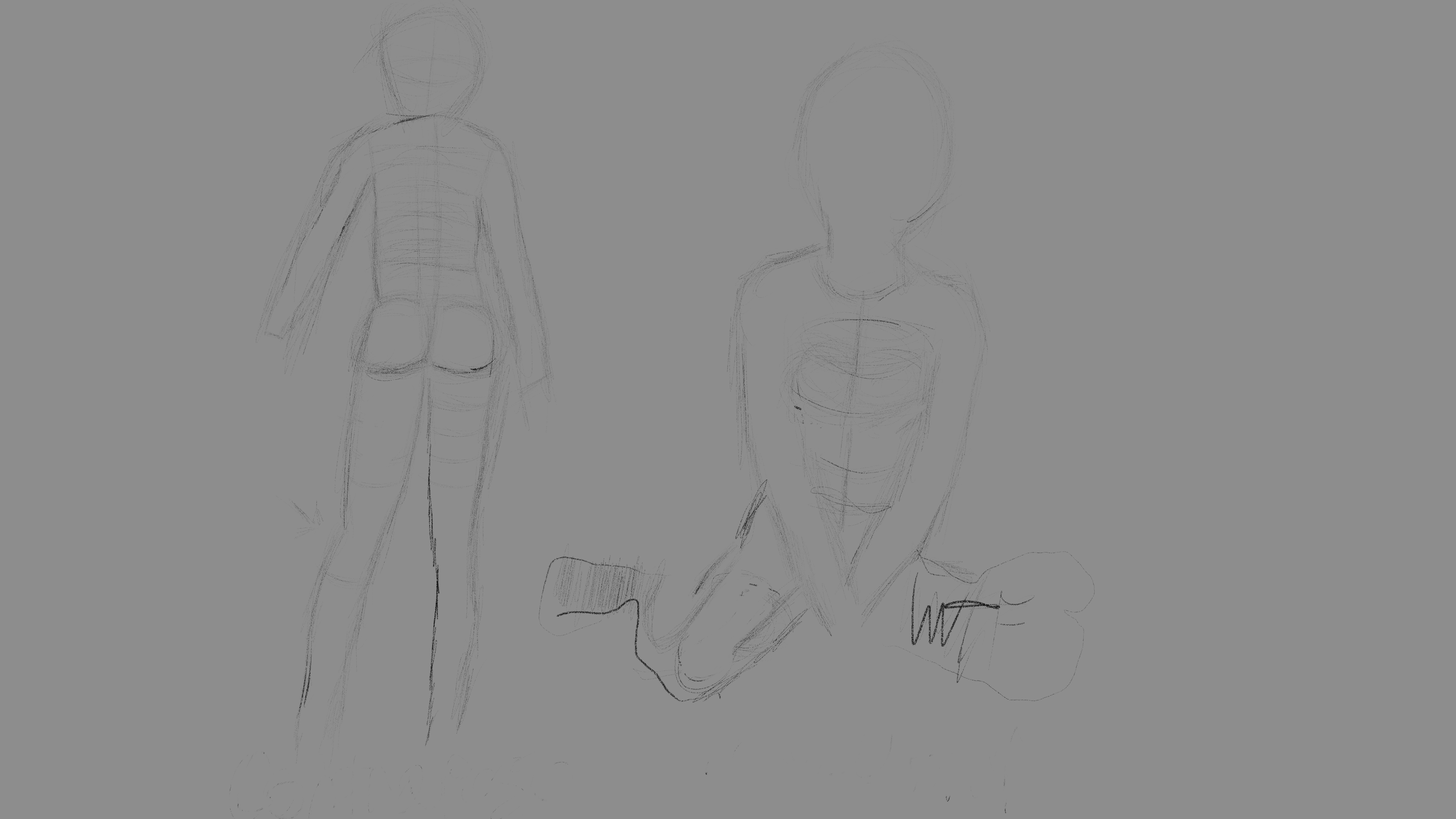 This is not the best example I’ve produced so far, but the rest are questionable.

I want to get into the habit of uploading as many sketches as possible. Might make it a regular installment here.

One thing that has allowed me to sketch a lot faster is that I’ve discovered that Clip Studio Paint has posable 3d models that you can use much like artists in the past used those little posable mannequins. Having a pretty much unlimited source of on-demand reference material is really nice.

Additionally, Wikimedia Commons is pretty nice for that– among other things.

Somehow I got balls deep in the edgy jazz meme side of YouTube recommendations not too long ago, and as a direct consequence of that, I started seriously reading on theory again, and a lot of elementary things that I didn’t understand previously just started clicking.

Because of that, I sort of want to share my notes/thoughts on basic musical concepts in an easily understood manner (removed from jargon and extraneous details that might put off newcomers).

Been listening to arrangements of standards I like, collecting more sheet music, and slowly reading through Persichetti’s Twentieth-Century Harmony.

Also been trying to get into the habit of practicing keyboard again, though I haven’t had much luck. One thing that does embitter me even more than that is that I don’t really feel like I have the space to practice singing outside of my car.

Well, I’ve been trying to get on ERP at QT since forever, although it hasn’t happened yet it seems that my superiors are genuinely trying really hard to make it happen.

On the week ending on the 29th, I’m finally going to get like 30 hours. So I might not be insolvent this month.

I’m really happy with QT as a company so far, but I have been having trouble with one my colleagues, a young Hispanic clerk has been kinda bothering me.

Update on that, in between the time I started writing the post and now it seems that his attitude has changed, maybe I misread the situation and he’s alright. Who knows.

Truth be told, I’ve been rather on edge lately, and paranoid almost to the point of madness. For all I know, maybe the kid just needs a friend.

One of my wheels is warped out of shape, much like the last one I replaced, and as a result I’ve had to air up my tyres like everytime the temperature changes, which in Texas is very frequently.

I’m probably gonna have to hold on until next month–assuming that QT actually gives me hours–until I can replace it.

One thing that does seem a little more urgent is that I drove through a cloud of some powder while on a delivery, and it seems to be corroding part of my car’s body, I’m fairly confident I must’ve inhaled some of it myself at some point. I’m rather concerned about what that stuff might be, or what effect it might have on my car or my body.

Well, it seems that the man of the house that I’ve been squatting in is returning from 🔯 Israel 🔯 midday on Wednesday. As a consequence though, me and my housemate have been spurred to action and are finally making some progress re-organizing and cleaning. In the process of that, I’ve ended up with my own room, so I’m on top of the world despite previously having been apprehensive about this.

I’ll update you guys about the externalities of this in the subsequent post.